On July 13th, the U.S. Bureau of Labor Statistics reported that the Consumer Price Index for All Urban Consumers (inflation) increased 1.3% in June after rising 1.0% in May. Over the last 12 months, the all items index increased 9.1%.

Inflation That Producers are Seeing

While the Consumer Price Index received a lot of media attention, what didn’t get very much attention was when the Bureau of Labor Statistics released the Producer Price Index just a couple of days later. 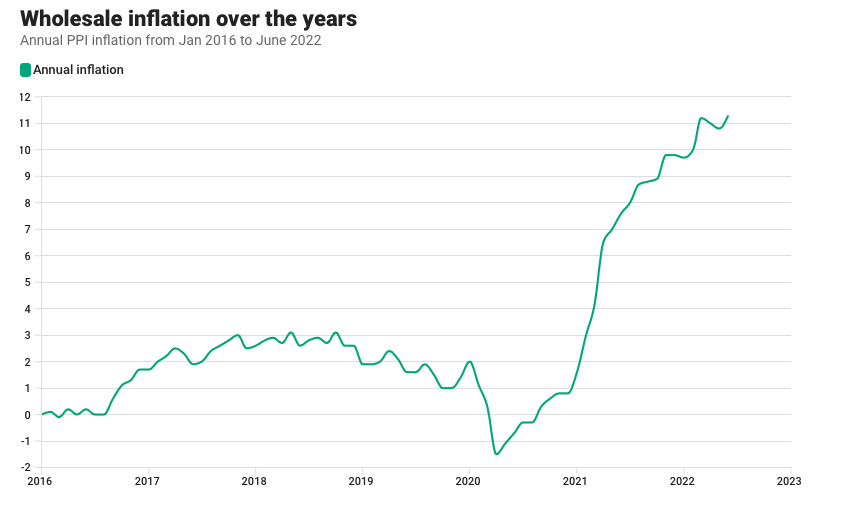 It is true that most of June’s increase (90%) can be attributed to a 10.0% jump in prices for final demand energy, as gasoline prices leapt 18.5%. But remember, although the Producer Price Index measures the wholesale prices of goods and services, those increases are eventually passed down to consumers.

Therefore, it is imperative that your long-term retirement strategies account for inflation, and that you take steps to prepare for a decrease in the purchasing power of your dollar over time. You should strongly consider assuming that inflation will be more than 3%– its historical average.

It’s true that inflation today hovers over 9% – more than quadruple the Federal Reserve’s target 2% inflation rate – but a better assumption might be one based on the last 100 years of data.

If you’re wrong and you find that the inflation rate for the next 25 years turns out to be 2%, then the purchasing power of your retirement savings will be more, and that's never a bad thing.